31/10/2014 I just arrived in Toronto and it will my last big city before heading down to Mexico on Monday. Before I get an report out regarding the urban areas of East Canada, I now just wanted to give you a quick update about my day at a farm near Quebec City and my first contact with guns. Also, do you have any ideas for a Halloween outfit for me? 🙂

My stay in Quebec City was just another reminder on how awesome Couchsurfing is. When else would you have the chance to go to a local farm and even shoot some guns there before having a delicious dinner with the family? I have to thank Anne Sophie again so much for taking me and being such a wonderful host in general, the days in Quebec with her, her boyfriend, brothers and friends were really great and I hope to hear everyone saying SCHULZ when I come back haha (sorry, insider…). Prior to the farm, we also had a great dinner together, German fried potatoes with bacon and squash filled with meat and chicken, just awesome combination with a great jam session that night! 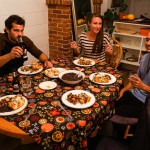 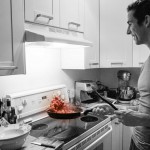 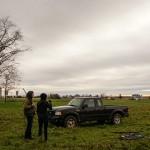 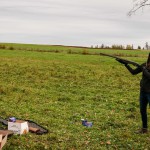 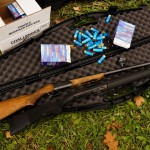 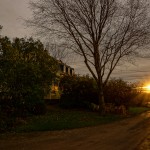 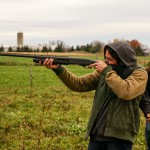 I will write another update about the city itself but thought that this special day deserved a special post 🙂 Now I am waiting for the rain to stop in Toronto to start exploring the city a bit before heading to the first out of two halloween parties this weekend. I never actually celebrated it but will give it a try here since it’s really big – any ideas for a cheap costume? I was thinking of the Joker… Write your suggestion in the comments!

Also check out the small video: