02/02/2015 I am just about to head into Corcovado National Park to our Lodge in the jungle. Since their website states that they don’t even have electricity over there, I figured to give you guys another update while I am waiting for the bus in Puerto Jimenez. Actually it’s the very first one from Honduras! Coming in from Guatemala, the first town on my route was beautiful Copan Ruinas, named after the very close by Maya ruins. On my first day there, I started off with a really cool activity: visiting the Macaw Mountain with their amazing display of Parrots, Tucans, Macaws and other birds 🙂

Copan Ruinas is covered in cobblestone streets and ranks in the top 3 of my favorite villages visited on this trip so far. Juayua is still no.1 on that list, partly also because Copan Ruinas draws in many more tourists. I came without any reservations and the only hostel I had gathered some information about before was fully booked. I ended up staying in Don Moises for the first night, located very close to the center. It has a really cheap restaurant for food just in front, providing excellent value for the money spent. 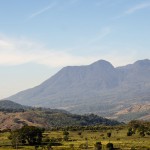 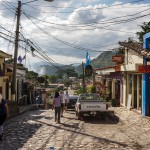 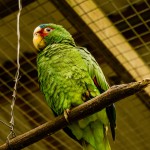 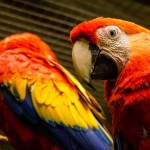 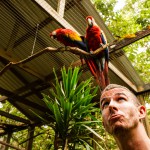 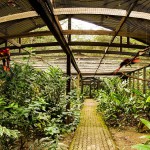 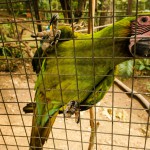 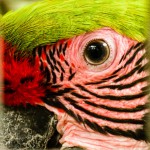 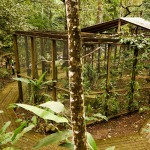 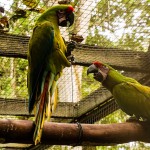 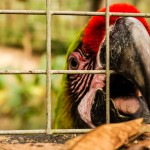 After checking in, I stopped a Tuc Tuc in front of the Hostel and told him to bring me to Macaw Mountain. I would walk the way down again because getting there is all up hill! Not long after, I find myself in my bathing shorts talking to the receptionist, only to be told that the swimming hole there is closed! Well, it’s down to “only” watch the birds then. As time passed by, I was more and more amazed by those birds actually. They put up a circuit for everyone to follow and you see all kinds of Parrots and Macaws before heading into the Tucan cage. Having them so close was really nice as I only saw them inside a cage so far. One of them even landed on my hand, apparently being very interested in my plastic bag – or maybe the marsmallows inside? Other people got jealous and wanted a picture of them and the Tucan though, so my plastic bag was passed on to everyone but he would never sit on anyone else’s arm 🙂

I walked the Sendero National Trail afterwards but other than walking through a lot of spider webs, nothing else really happened there. I would say you could skip that trail and head straight to the end point of the standard route instead. If you come at the right time, somebody will be there to place a Macaw on your head. I was there at the right time just before they would go to sleep and my Macaw friend was really active, screaming at me so we ended up in a little battle haha. Back in town, I naturally had to check out a German bar called “Sol de Copan”. The German owner imported everything he needs to brew his own beer there according to the German purity law. He served me a Christmas beer, which tasted like a normal lager though. Nothing special but it was nice to talk to an authentic German “Gastwirt” again 🙂 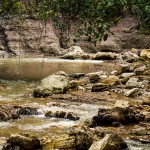 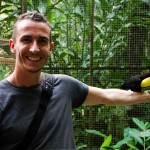 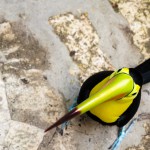 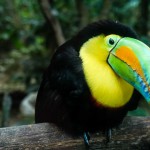 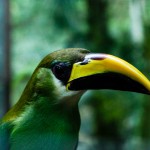 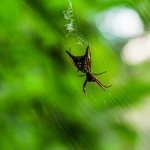 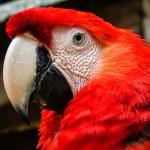 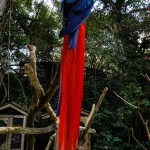 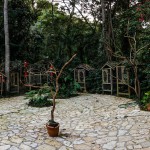 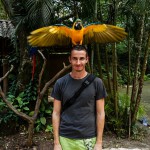 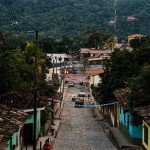 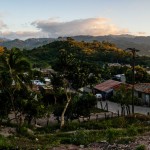 Posted by Chris on 2nd February 2015 in RTW, Travel