03/01/2015 It’s pretty damn early here in Honduras now and I only have twenty minutes to get this update out, so gotta keep it short again. Semuc Champey in Guatemala was another one of those things that got to my attention during my travels. It’s a series of pools in an awesome jungle between Flores and Guatemala City. Takes a while to get there, but it’s totally worth it!

The shuttle left Flores at 8AM and I got a very good price of just 50Q for the long journey, maybe because I got in touch with the Company beforehand via mail. After a stop in Coban, we arrived in Lanquin at 3:30PM, where I was supposed to be picked up from a guy of the Greengo Hostel. He told me that he wants to wait another 15 minutes for the next shuttle to arrive, which eventually turned into a two hour wait and then another hour until we finally arrived at the hostal, leaving me a little bit pissed since it already got dark by the time and I couldn’t explore the area anymore. 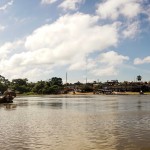 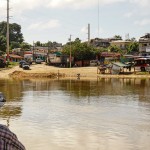 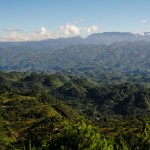 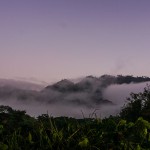 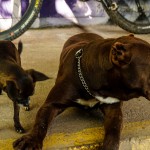 The next morning started early for me, hoping for the pools to be not so busy already. First, I went up to the Mirador though, a high point overlooking all the pools and according to the sign, over an hour hike which I eventually finished in less than 15 minutes, so it’s not that bad 🙂 Getting down to the pools, they were luckily not so busy and it was easy to put my stuff somewhere along the side while going in for a swim. This would have been a bit more uncomfortable if it would have been more busy. 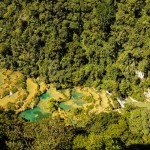 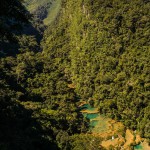 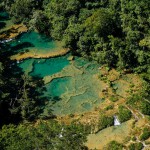 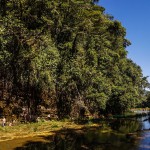 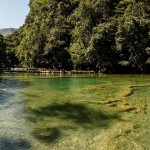 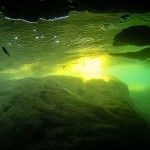 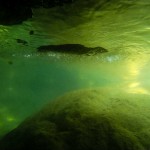 The pools in Semuc Champey are indeed great, amazing views around on the jungle and you can even find some small fish in there that like to bit your leg, which is a pretty funny feeling. I spent about three hours just in the pools, reaching a waterfall in the end which was worth the extra small hike on the way back. In one of the lower pools you can get into a small cave, having just enough space for your head to pop out of the water. The hostel was in walking distance, so I could come back there easily to get my stuff and get back to Lanquin, about a 45 minutes 4×4 drive away. I quickly ran up the hill to get some pictures from above before hitching back down on a pickup truck.

Back in Lanquin, I checked in to the El Muro Hostel, a much nicer place with a cool Atmosphere and friendly people. I got back just in time to visit the Bat Cave, about 15 minutes walking distance from Lanquin. Every day at 6PM, you will encounter all the bats flying out of the cave while you walk in to it. It has been extremely muddy inside and the bats are not coming in swarms, still a cool side trip from Lanquin. 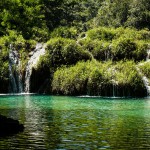 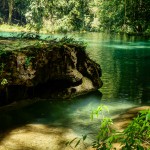 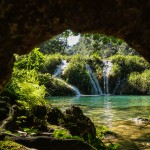 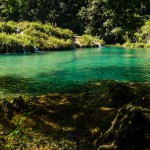 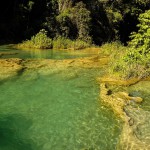 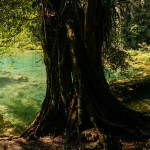 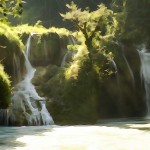 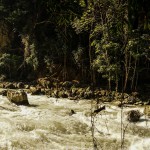 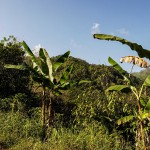 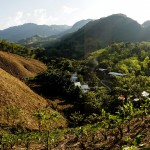 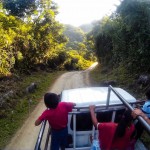 I got up at 6AM for the sunrise and was ready to leave Lanquin again in the 10AM shuttle. However, thanks to some drunk tourists and their late checkout from another hotel, we were two hours late to depart and then got stuck into a massive three hour traffic jam due to a landslide on the highway in the brutal heat – good times! At least I got a good price for the shuttle again and only paid 75Q instead of 150Q 🙂 I was the only one to leave the shuttle in Guatemala City while everyone else headed off to tourist friendly Antigua… 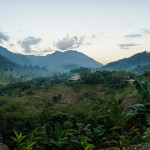 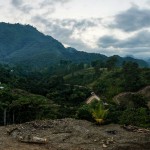 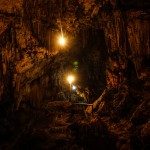 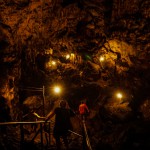 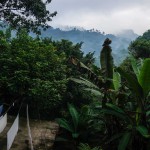 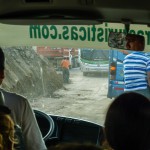 Posted by Chris on 3rd January 2015 in RTW, Travel