25/03/2015 After a bit more than two weeks in El Chaltén and El Calafate, it was now finally time to leave Ushuaia and begin my voyage to the coldest, driest and windiest continent of our planet: Antarctica. Not too many people have the opportunity to go there and I felt very privileged to be one of them. Together with around 80 other passengers, we would take two full days to cross the rough waters of the Drake Passage before we would be able to set foot on Antarctica, probably one of the most impressive places that we can visit.

Traveling through Patagonia without a proper camera was pretty tough for me, but at least I would have a replacement of my broken Sony A6000 for the trip to Antarctica! It involved a lot of trust and research, but it all worked out luckily. I basically sent 500€ to a strange Couchsurfer through PayPal, who would buy a Sony A3000 in the duty free shop in Chile, then give the camera to a friend to take it on a 3-day boat trip to Ushuaia before finally handing it over to my Couchsurfer there. Everyone involved was really nice and I was so happy to finally have a proper camera in my hand again, even though it was not as good and not nearly as fast as my old one, but certainly much much better than my phone camera! 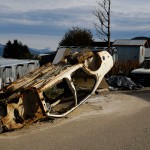 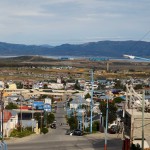 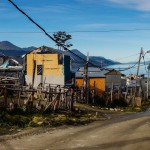 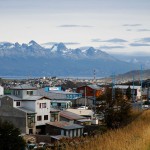 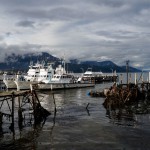 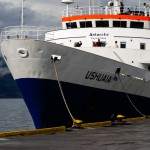 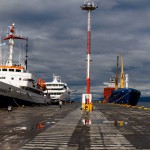 I had half a day to enjoy Ushuaia, the most southern town of Argentina and South America. Feeling unwell from some old Spaghetti Bolognese leftovers at the airport, I was forced to head back from my Photo-walk around town rather soon in order to relax and recover at my Couchsurfers place. My host was not around at the time, but I still had great company by her 50 day old little kitty 🙂 It never felt better to just lay down, doing nothing other than playing with the absolutely adorable small baby cat. Eventually though, it was time to pack up and get ready! I booked my trip to Antarctica with the company Antarpply Expeditions and paid 5.000$ for a standard double room. Now it seems that the price actually increased to nearly 6.000$ just a year later.

Walking to the harbour at 15:30, it was very easy to spot my ship that would take me to Antarctica: The MV Ushuaia, an 85m long, ice-strengthened polar vessel with a maximum capacity of 84 tourists. A great size, because only 100 people are allowed to enter the continent at the same time and heading there with a bigger ship of 200 or even more would mean that not everyone could do a zodiac landing at the same time. I inspected my cabin, which was really nice for the fact that I paid for the cheapest possible option, sharing it with a funny guy from Taiwan. We also had our private bathroom! Heading back to the main room, I was still feeling pretty bad in my stomach and had to skip the great looking welcome appetisers. I really hoped to get well soon again to make full use of all the provided meals! 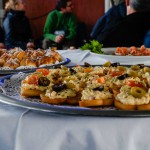 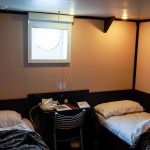 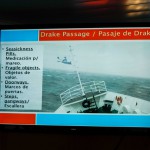 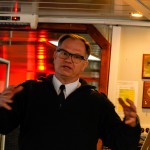 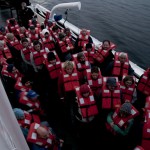 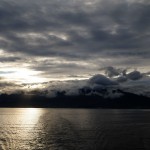 A safety check was mandatory to get used to our life jackets and we were shown some videos about what to expect in the following two days, crossing the famous Drake Passage. It is known as one of the roughest seas on the planet and the waves here can reach over 30m! (Check out some videos on YouTube, like this one on the same ship actually). A lot of people were worried about getting sea sick and started to take precautions. I was more excited to see some big waves, hopefully being able to capture it on video for you guys. Sadly though, it never happened and for the complete next two days on our Drake crossing, we only had some small waves and super calm conditions in general, smoothly crossing over the Drake Lake as it is called in that case. So I got no cool wave videos for you sadly! Playing chess was still pretty though and we constantly had to take pictures of the board, because it would eventually be flipped over by the movement of the ship. I actually installed the Settlers II as well, a really really old game to play in order to pass the time.

Another great way to pass the time was eating the breakfast, lunch and dinner. All of which were of excellent quality and quantity. It felt like eating in a nice restaurant and whenever I asked for some more, I got it. Adding a great taste to it made me feel like in heaven, putting on all the weight again that I previously lost in my treks in Patagonia 🙂 The crew also presented a lot of lectures in the main room, either connected to the Antarctica as a continent itself, or to the story of the first pioneers discovering it. Really interesting and impressive stories, you should do some reading about Ernest Shackleton and all the other great people that dedicated their lifes to explore the unknown land in the south. 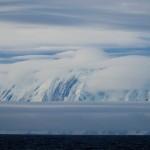 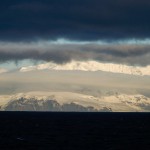 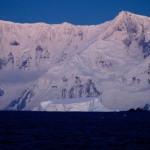 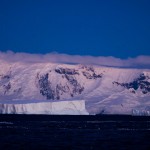 After days of staring at the open ocean, we finally spotted the first ice berg at 11:30 on the third day, meaning that we would be pretty close to the continent now. Weather wise, we were faced with a lot of grey and rain while crossing the calm Drake, but now it actually started to clear up and the sun came up a little bit in the afternoon, enabling us to finally see the continent in the distance! It was a great feeling, even though we were just tourists and not explorers. It is hard to imagine how they must have felt during the conditions of the 18th and 19th centuries. Now that we got closer to the land, we also felt how cold it became. With winds up to 200km/h – even stronger than those in Patagonia – the cold air felt colder than it actually was. Standing outside the deck to take pictures turned into a challenge, but most of us passengers would still do it. Nobody expected it to be warm down here anyway! After sunset, it was time for dinner again and get some more sleep. My room mate kept me awake in the last nights for various reasons, but at least I slowly felt better now and was able to eat more. Just in time for the next morning, when we would finally have our first full day in Antarctica…

If you want more, head over to my Travel Report page for full travel reports, or the Video and Photography pages if you are not in the mood for more boring text. And if you want to help me to upgrade my site, click on the link below for more information 🙂

Posted by Chris on 1st September 2015 in RTW, Travel