17/03/2015 Good news! Thanks to Couchsurfing, I will have a new camera similar to my old one just before I depart to Antarctica. The weather here in Patagonia is not the best right now anyway, so I have time for some Bouldering in the area and to plan the rest of my South America trip. As the Internet is still very bad, I can just provide small updates and it takes me nearly a full day to upload those pictures from Granada in Nicaragua.

Nicaragua offers a lot of beautiful towns and Granada is one of them. I liked it more than León, mostly because it is closer to the lake and a bit less hot. By “a bit less hot”, I’m actually still talking roughly 28-30°C. Add a little breeze from time to time and it makes walking around the streets much more comfortable. I was also trying to get a boat to La Isletas. However, there was only one boat waiting at the harbor and the guy wanted way too much money. Instead, I walked around closer to the islands and eventually came to a group of homeless people. There was also a police guy and he told me I should better not walk around here. But I really wanted to get a nice view on the islands, or at least get a bit closer to them to see if there is any view at all from the mainland. In the end, the police guy escorted me a bit further down and gave me some advice in Spanish, half of which I could actually understand 🙂 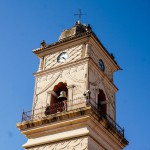 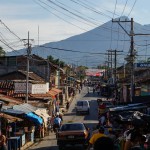 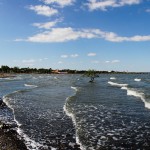 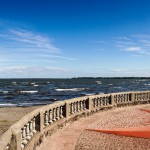 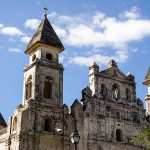 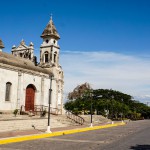 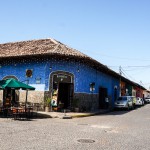 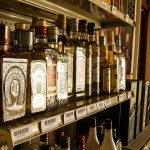 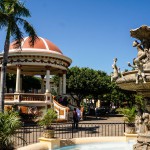 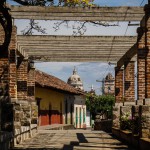 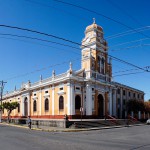 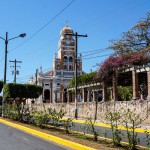 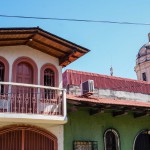 Walking back towards the center along La Calzada, I discovered the prettiest supermarket I have ever stepped into. Everything was so clean and well placed and the whole area was extremely spacious. Even though I did not buy anything there, I really enjoyed just walking around in it 🙂 For the night I actually had a Couchsurfer to stay with in Rivas. He picked me up at the Parque, where I could enjoy the free WiFi while waiting for him. We had dinner together with his other two guests from Argentina and ended up watching some of my travel videos on the street before his house. Getting up early the next morning, I walked towards the harbor at 5:30 AM to catch the 7:00 AM ferry, which was eventually cancelled and it took another hour before I could finally get to my highlight in Nicaragua: Isla de Ometepe.