08/03/2015 I’m sorry for the limited internet access in the last days; now I am back though and can deliver some pictures from the Volcano Boarding on Volcan Cerro Negro in Nicaragua. Later today I will leave Colombia behind and fly from Bogotá to Buenos Aires in Argentina!

I wasted no time after the wonderful climb to Volcan Telica and started the next trip to Volcan Cerro’s Volcano Boarding on the very same day. This time, our former guide Bismark was now the driver and we had a new guide taking four other people and myself up the mountain. Everyone had to carry their own board while we could enjoyed the views on the black lava fields from the 1999 eruption around us. It was pretty windy up there and I had to hold on tight to the board from time to time. The hike in general is pretty easy though and you will find yourself at the top after around 45 minutes. 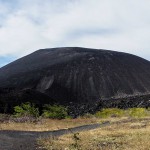 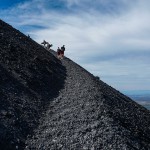 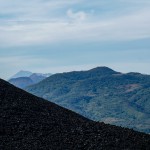 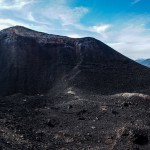 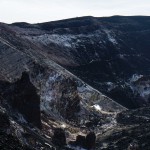 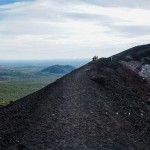 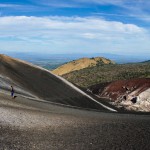 Before it was time to slide down again, we were headed to the very peak to take a look into the crater. After ten minutes, everyone put on the extra clothes and protection gear that were provided in a small bag and the full outfit including an overall, gloves, buff towel and goggles looked pretty funny. The others went town first and seemed to have some problems getting the board started on the first meters. Eventually though, everyone was on the way down and in the end it was just me left on top because I wanted to take videos from the other guys first.

My ride had a slow start too, I was actually stuck in the ground and had to walk a few meters forward to get to a steeper part. From there, it worked better and I slowly began to pick up speed on my way down. Soon after though, the board drifted to the left on its own and despite my efforts on keeping it in a straight line, I eventually lost speed and stopped half way through. The same thing happened closer to the bottom and it turned out that my board was not the best according to the guide. It was a shame because It would have been cooler with a speedier board I suppose! Still, it was a great and fun way to end the day and I can just recommend it to anyone, even though it is a pretty touristic activity. 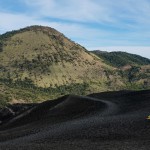 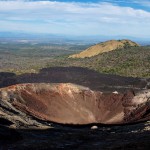 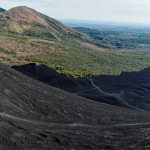 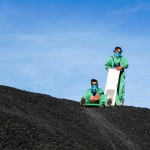 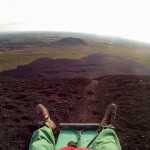 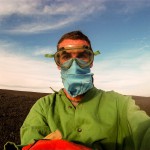 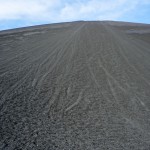