12/03/2015 Instead of trekking around the Fitz Roy Massif in Patagonia right now, I was forced to return to El Chaltén after the first night! My Sony A6000 Camera is broken and has some sort of software defect, it always shows an error message and won’t work anymore. Maybe somebody here can help me out and knows a secret trick or key combination to fix it while I am trying to get in touch with the Sony support…. I can’t go to Antarctica without a good camera!! Thanks for your help 🙂

I am using a Sony A6000 camera for about half a year now and never had any problems with it. Recently, I replaced the Kit Lens with the Sony SELP18105G lens and have been using it for about two weeks now, shooting tons of Panoramas as usual. Just when I wanted to take yet another one of those, the camera had troubles stitching the shots together and shut off right after with the error message “Camera Error. Turn power off then on.“

There is no mechanical sound coming from the camera and I tried getting it to work with another lens as well, making me believe that it must be some sort of software bug. After the message appears, the camera won’t shut off using the dial anymore and I have to remove the battery to do so. I also tried using all sorts of different modes to turn it on, without any luck. I also replaced the batteries and even without having any lens attached at all, the camera body’s curtain won’t open again. Please see the following picture: 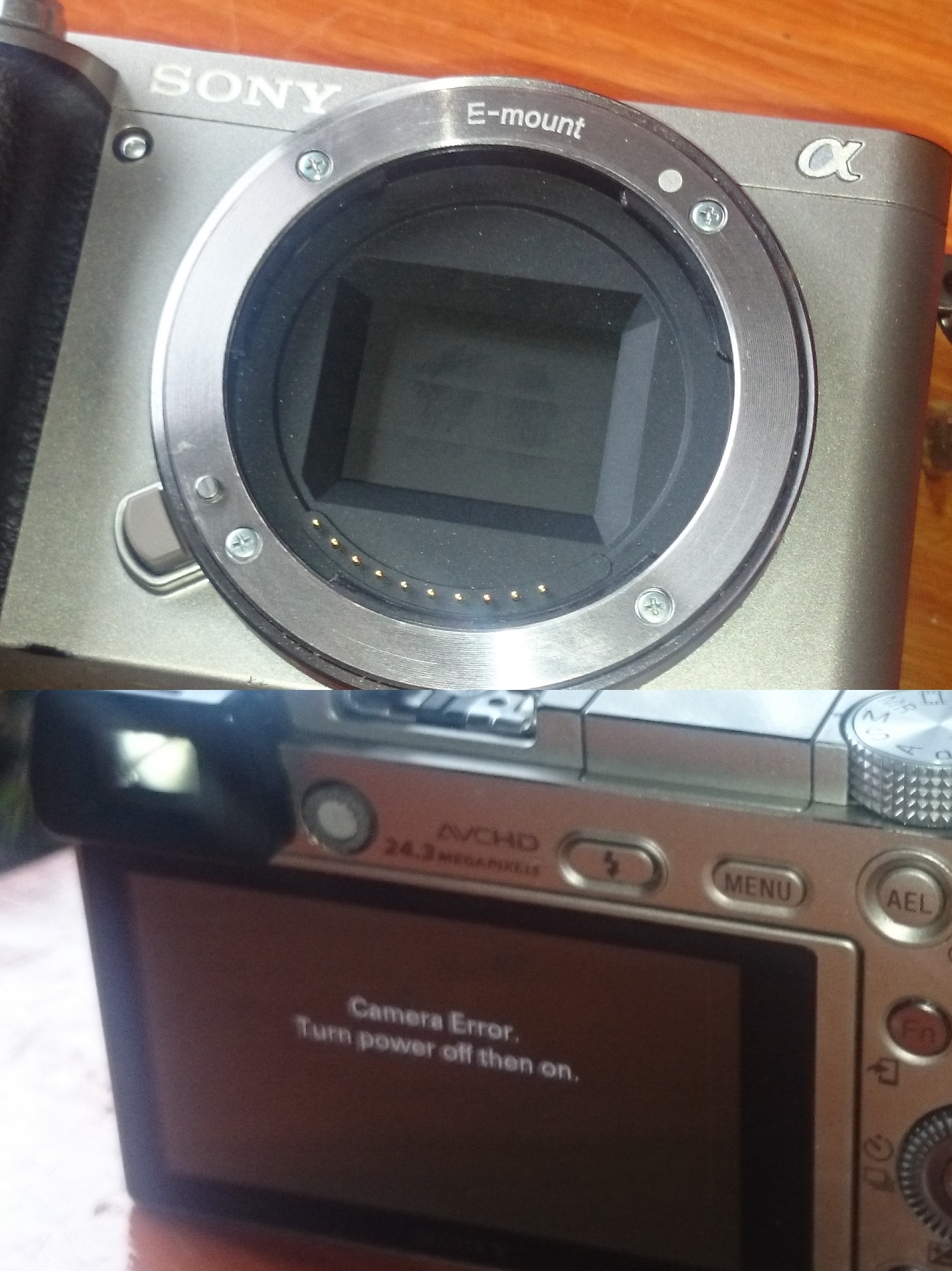 If you have had this problem as well and can help me out, please write it in the comments here!! Thanks so much, I hope Sony will reply to me soon and I will try to figure out if I can get a new Sony camera in Punta Arena’s Zona Franca in case I can’t get the camera running again!

PS: I have tried the “Tabing” method that fixed the same problem for other people using a different Sony camera though and I also have tried this method, both without any luck sadly: “Had same problem with my NEX5 and 6, leave camera on, take out battery then memory card, wait 10 seconds, put in memory card then battery. Started working again for me- hope it helps…”