Long before I started to travel the world, I was playing the computer game Warcraft 3 on a professional level. It has been over 12 years since my last game and now I was invited by Blizzard Entertainment to attend a tournament in California. Pretty confused about what’s going on and who Tak3r is? Keep on reading then and I’ll explain it to you.

Some of you might have read the “About Me” section in this blog and some others potentially even know me from my active days. Basically, I used to be a “professional” gamer between 2003 and 2006, playing the computer game Warcraft 3  under my nick name “mTw-Tak3r”. I even made it to South Korea and China to represent Germany in international tournament and was now invited to attend the Blizzard Warcraft III Invitational on February 27th & 28th. The new patch 1.29 for the game will be released soon and Blizzard invited a few players to their Headquarter in Irvine, California. I will play against three other retired ex pro gamers and I am really excited about seeing all the old faces again! It’s a big honor for me to be participating in this event and I want to give you some more background information about what’s going on.

How it all started

Everything started with the game StarCraft, also developed by Blizzard Entertainment and released back in 1998. I did not even have internet at the time yet, but played the game for hours every day after school together with my neighbor. I then transitioned to their new hit WarCraft III back in July 2002 and managed to compete on a high level, eventually ending up in the German clan mTw (Mortal Teamwork). Together with my team, we were able to win many leagues such as the WC3L. The most important competition was 1vs1 though, and even though I never really won a huge tournament, I finished the German League in the top 4 a couple of times and qualified to the World Cyber Games in Korea (2003) and ACON4 tournament in China (2004). Being 191-0 in the official ladder was also leading to a lot of attention back then and I received hundreds of messages each day! I can certainly say that my life back then had been completely different than it is now, but I do not regret any second of it and am glad that I could have such a wonderful time and the chance to compete against others in front of thousands of people. If you want to learn more about my former nerd life, check out this interview from 2004: Master of Towers 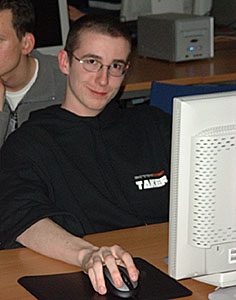 What is going to happen?

The Blizzard Warcraft III Invitational will celebrate patch 1.29, which does not only offer some really nice features such as native 16:9 support for the nearly 16 year old game, but also add some new balancing tweaks in order to improve the game even more. There will be 12 players in total, 4 of which are officially inactive. I will be one of them and while I know that Grubby is still playing for instance, I really hope that the other two participants MadFroG and Insomnia  had a long break such as myself as well. I will try to reach the final at least, that’s my goal other than having a lot of fun playing some FFA’s and team games with these guys!

The event will take place in Irvine, California. I am already in Los Angeles right now and will move over to Irvine tomorrow, meeting the other gamers and also the developers prior to the event. Really looking forward to meet them all and also step foot into the office of Blizzard Entertainment, which always had been my favorite computer gamer company. The event will be streamed live on the Back2Warcraft Twitch channel, so tune in on Tuesday! 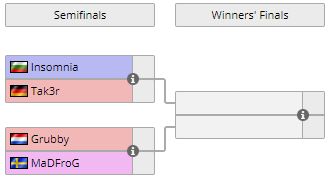 UPDATE: I lost my game to Insomnia, who was clearly in a much better shape than me 🙂 It was a great day  though and you can check out the 8 hour stream recording on the Twitch channel of Back2Warcraft! I come up at Minute 29 – have fun!

Will I become a gamer again?

The quick answer to this question is: Most certainly not on the same level as I used to be! I am waaaay to old in order to compete now as these kind of games require very fast hand reflexes and I simply can’t do it anymore. Should Blizzard ever release a Warcraft 4 though, I will most certainly buy the game and play again for old times’ sake. Do not expect me to qualify for any tournaments anymore though 😉 I might be streaming for fun if people want to watch it, so I just created the Twitch account TowerTak3r before someone else is doing so as it already happened with “Tak3r” – haha! Who took my name?!

I hope you like the new improvements and would appreciate a comment below. If you want more, head over to my Travel Report page for full travel reports, or the Video and Photography pages if you are not in the mood for more text.

And don’t forget to sign up for my new newsletter!

You can support me using Paypal or affiliate links Booking.com, Amazon.com & Amazon.de. Thanks!

One response to “Tak3r returns for Warcraft III Invitational”